Menu
Home » »Unlabelled » Billionaire Kidnapper Evans: “My Mother Knows About My Kidnapping; I Will Give My Life To Christ If I Am Freed, I Even Gave Orphanages N2M"

Billionaire Kidnapper Evans: “My Mother Knows About My Kidnapping; I Will Give My Life To Christ If I Am Freed, I Even Gave Orphanages N2M" 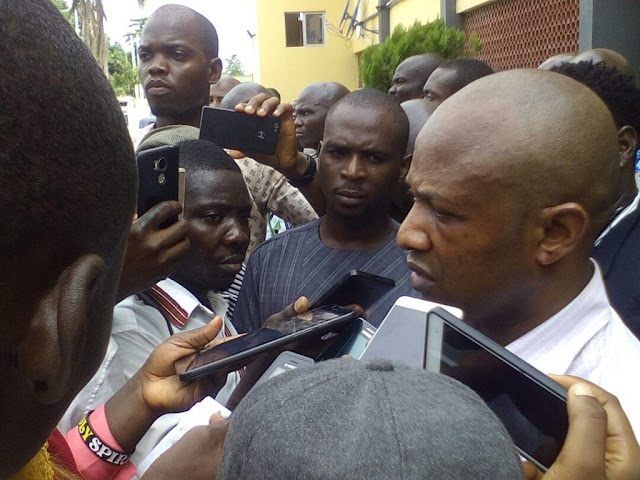 Billionaire Kidnap Kingpin, Evans, who keeps spilling more details, has begged Nigerians for forgiveness, promising to be a good Christian if he is freed.

The father of five who is known for not negotiating his ransom also said he had already relocated his wife and children from Ghana to Canada before his arrest. He said;


My mum has never been to my house. She knows I’m into crime but never supports me.
It all started in the year 2000 when I fled my home town in Opi, Nsukka Local Government of Enugu State to Lagos after stabbing my fiancee when she decided not to marry me.

‘I started in Anambra State during the tenure of Peter Obi as the governor of the state when a hunch man introduced me to kidnapping’.

We were later forced to leave Anambra state and moved to Edo later Lagos. ‘I had boys from Warri, Delta state who worked for me. The first job I got in Lagos was at Johnbulls Ikoyi as a driver to the CEO. One day we were going to his office and my boss said that he wanted to visit a friend.

The moment he stepped into his friend’s house, I took the sum of N350,000 he had in the car and ran away to Ghana’

I later returned to Nigeria after few months and avoided Ikoyi where my ex-boss office is situated. I then got a new job as a driver in the fashion I did before. I also stole N600,000 and eloped to Ghana again.

I returned to Lagos and used my old method to secure another job as a driver at the home of the first family I kidnapped their daughter.

When I realised that they are very rich and loved their daughter deeply. I took the girl to Ghana from where I demanded a ransom of only N20m but the girl’s father paid N22m instead. I then freed the girl in Ghana

Once I got this money, I ventured into an extravagant lifestyle and bought a house in Ghana. Then, I bought over five exotic cars and a truck. I began to show prominently in social functions where people hailed the way I was spending money.

I spent over N2m on orphanages and local primary schools in Ghana. The Deputy Nigeria Ambassador to Ghana and other prominent Nigerians were also in attendance at the handing over ceremony of my donations.

Early this year, I was arrested along with my wife, in Lagos. We were brought to the court but we later regained our freedom due to the power of my money and connections.

I have to admit, I have done wrong and I have caused pains to several families but I want to live and pay for my evil crimes.

I heard several stories about SARS and their operations but I never thought that I would one day be brought here for reckoning.

“I am just asking for another chance, I am sorry for my action, I will become a Christian, if only I have another chance. I cannot remember the number of people I have kidnapped so far. I took part in high profile kidnappings in Edo State where I got N10million as my share.”

Posted by mediacop
Email ThisBlogThis!Share to TwitterShare to Facebook
at 09:37