BIAFRA: outrage in S/East as OLUMBA OLUMBA brings damning message from GOD to IGBOS on BIAFRA 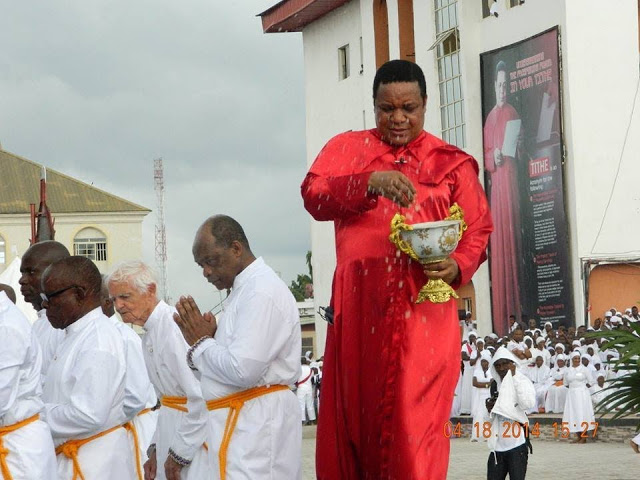 
The spiritual leader announced that he was going ahead to lead his large congregation to Owerri, the heart of Ibo land, this week where he will meet with major stakeholders in the Southeast region, including governors and youth leaders.


Dr Thomas Commander, an aide to the spiritual leader and international coordinating chairman of the bodies organising the visit said not less than 10,000, mostly youths will accompany the spiritual leader to Aba.
In a statement, Eyo Charles said that Brotherhood All Youths Assembly (BAYA), a mega youth arm of the spiritual organisation will use the opportunity of their leader’s visit to stage their own youth conference which is aimed at cautioning youth against laziness, violence, instigation, promiscuity, and to support youth education and empowerment.
According to him, the spiritual leader’s visit will bring about greater peace and understanding as he will meet with all the Southeast stakeholders and governors.
He said “The 10,000 strong BAYA will stage a mammoth public solemn procession across several major streets in Owerri, singing and praying for peace in Ibo land and Nigeria as a whole.
“Few weeks ago, a pan Igbo organisation, Igbo World Congress, headed by former Biafran war lord, Col Joe Achuzia (rtd) who is one of Obu’s teeming adherents, was in Calabar where they appealed to Olumba Obu for his kind


“Towards resolving the Biafra question, all Igbo leaders and youths under the leadership of Achuzia also resolved to hold what they called Ibo Love and Unity Feast, which occasion they aim to bring together many Igbo interests.

Posted by mediacop
Email ThisBlogThis!Share to TwitterShare to Facebook
at 07:22