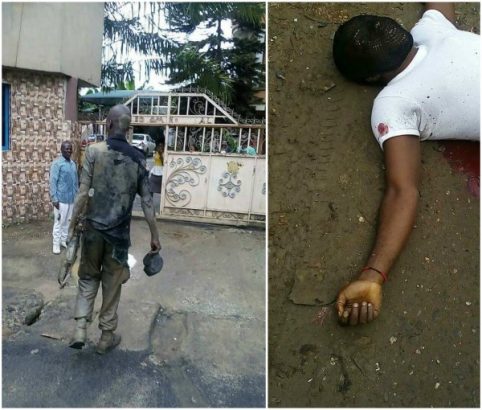 An armed robber met his end early this morning after going for a robbery operation at Oroazi Road, Mgbuosimiri, Port Harcourt, Rivers state capital.
He was killed by a security operative who entered into the gutter to counter the operation.
According to a Facebook user, Asonye West Germany, the gallant Mopol entered a gutter in order to gun down the criminal – which he successfully did.