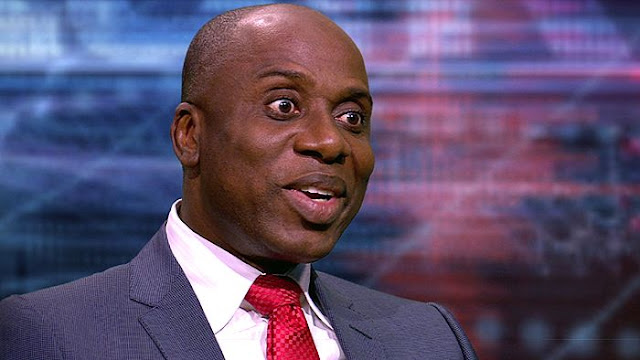 Reports have revealed that Security Operatives stationed at the Murtala Muhammed International Airport, in Lagos, under the watch of Rotimi Amaechi, as the Transportation Minister, are flouting the recently signed Executive Order by the Acting President, Yemi Osinbajo.
Recall, that Airport management across the country, are under the control and supervision of Rotimi Amaechi, and the Minister of State for Aviation, Hadi Sirika.
Recall also, that recently Osinbajo signed an Executive Order, demanding that all security agencies dispatched to the Airport, stop manually searching luggage, starting from Thursday, June 1, 2017, saying that they should instead use the screening machines to examine passengers’ luggage.
Sahara Reporters however, revealed that Aviation security agencies under Amaechi’s watch, have failed to comply with the new Executive Order.
The security agencies were seen at the counters of Air Peace, Med-View Airline, and Africa World Airlines, AWA, which operated early morning flights to Accra, Ghana from the airport, manually searching the intending travelers’ luggage.


One of the Airlines’ counter staff, speaking on the condition of anonymity, disclosed that a circular was passed to all Airlines on the directive, and questioned why officials of the security agencies at the Airport, refused to comply with the order.
“We all thought the agencies would comply with the Acting President’s order, as the deadline elapsed yesterday, but we are surprised to see they still carried on as usual. The screening machine at the entrance of the Airport is working well, and travelers’ luggage are already screened there, before being granted access to the Airport”, the staff said.
“Also, there is another screening machine at the luggage area of the Airport, which is underground. This one too is working as expected, but these people, because of money they intend to collect from travelers, still leave the counters there and continue with their illegal activities. There is nothing Airlines can do, because they will tell you they are carrying out their duties”, he added.

Posted by mediacop
Labels: news
Email ThisBlogThis!Share to TwitterShare to Facebook
at 09:49