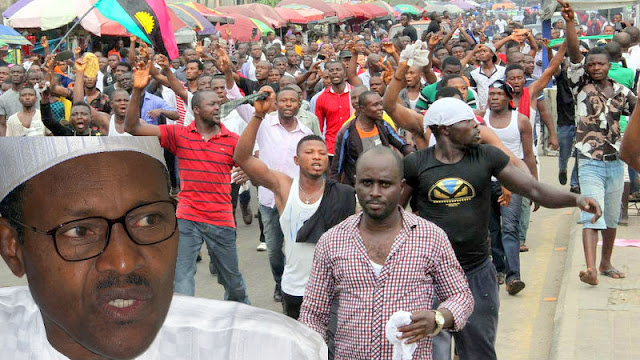 A coalition of youth leaders drawn from Southern Nigeria and the Middle Belt region has slammed has also issued an ultimatum to Indigenes of Arewa Extraction residing in the region.
Their action is said to be a reaction to their Northern counterpart which ordered all Igbos out of its region.
The youths coalition in a statement to newsmen, titled “Ogbedere Declaration” was signed by five representatives from the regions, has Bathe Oluwole for South-West, Ambowei Thomas for Niger Delta, Joseph Ntom for Middlebelt, Damian Anyanwu for South-East, and Effiong James for Ibibio/Efik youths.

They ordered all “core Arewa persons that have appropriated the oil and gas wealth in the south since 1970 should quit the oil fields of southern nigeria within three months in their own interest.


“All security agents of Arewa extraction in the south and middle belt should quit the south and middle belt in their own interest within three months.
“The properties and assets of ndigbo in the north should be valutated by independent valuers from the ecowas, au and uno and the monetary equavlent paid to their igbo owners before they qut the north in october. No Igbo asset owner will leave the north until they are paid the monetary value of all their assets. the united nations should provide its forces to guide these assets and properties until their fair values are paid. then Igbos can leave the north.
“If all igbos in the north are to leave the north by october, 2017 , then all arewa people in igbo land and the south must also quit by the same date.
While also stating that “Igbos also want nothing to do with the bloothirsty arewa people and will no longer be in the same country with them,” also “ordered that they (core arewas) should quit igbo land and valuate their assets and properties too to be paid to them before they leave.”

It concluded by stating that “there should be no violence or blood shed in this qid pro quo seperation.”

Posted by mediacop
Labels: news
Email ThisBlogThis!Share to TwitterShare to Facebook
at 09:08