Menu
Home » news » If Nigeria Divides, Our Capital City Will Be Port Harcourt, Our Currency & Language Will Be Lanti, We Are Not Biafrans - Akwa Ibom group

If Nigeria Divides, Our Capital City Will Be Port Harcourt, Our Currency & Language Will Be Lanti, We Are Not Biafrans - Akwa Ibom group 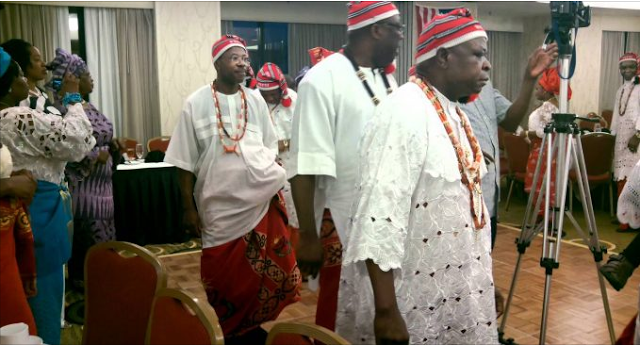 A socio-cultural group in Akwa Ibom State, Mboho Mkparawa Ibibio, has protested against the reported inclusion of the state in an imaginary Biafran map.
The group accused the Indigenous People of Biafra, IPOB, and the Movement for Actualization of Sovereign State of Biafra, MASSOB, of including Akwa Ibom and other states within the south-south region of Nigeria on the Biafran map without consulting them.
It said it considered the inclusion an act of disrespect and provocation.
“We wish to remind the concerned Igbos that this senseless arrogance and callous disrespect for the Ibibio person, an endemic and pathological trait of their extraction has been at the core of the differences of our two nationalities,” the group said in a statement signed by its President, Monday Etokakpan, and Secretary General, James Edet.
“And so as it was in the first republic, so it is now and so shall it be in times to come. Ibibio has nothing in common with Igbo. To wit, we differ in ancestry, culture, beliefs, character traits, language, food, names, dressing and all.”
The group said if Nigeria were to break up today, Akwa Ibom would be “at home and in league with our kin and kindred in the proposed Atlantic Republic consisting of present States of Akwa Ibom, Bayelsa, Cross River, Delta, Edo, and Rivers.
“Our Capital City shall be Port Harcourt, our Currency and Language shall both be Lanti.”
The group said that Akwa Ibom, for now, prefers to stay within the Nigeria federation.

“If the Igbos will be honestly desirous, sincerely determined and eventually successful in breaking away from Nigeria, we the Ibibio people in Akwa Ibom and Cross River States will be totally indifferent and will only be here to bid them fare-well.


“As a distinct and independent-minded people of over seven million in population we will continue to weigh our options in the Nigerian chase board and make the right moves the way we want it, in the direction we want, at the time we want and will partner with whomever we want to, if we must partner with anyone, to serve our best interest,” the group said.
The group said it was “unfortunate though not surprising” for the northern youth to order the Igbos to leave the north before October 1. It blamed the situation on the country’s refusal to start a process of restructuring the federation.”
The call by the northern group has been condemned by state and federal officials.
“We call on Northern Nigeria opinion leaders, elders, religious and political leaders and indeed the Federal Government to do the needful in reining in this mindless radicalism from their youth,” the group said.
“Mboho Mkparawa Ibibio would like to remind the northern Nigerians that no one, youth or elders, in the country has the monopoly of violence and that the lives and legitimately acquired property of the Ibibio person means the world to us.


“Therefore, no harm must befall them wherever they have chosen to live in Nigeria and indeed anywhere on the surface of the earth. Mboho Mkparawa Ibibio believes and will ensure that the Ibibio people exact pound for pound, flesh for flesh and life for life if necessary,” the group said.

Posted by mediacop
Labels: news
Email ThisBlogThis!Share to TwitterShare to Facebook
at 10:18