Heavy tension as HAUSA, FULANI begin mass exodus from South-East to the North 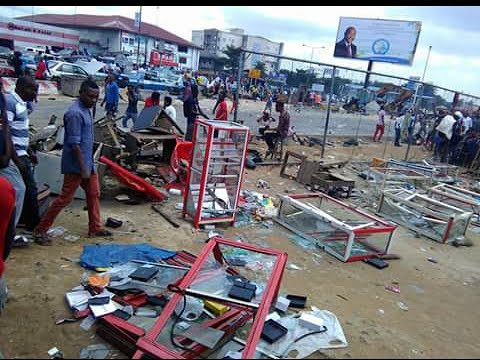 Following the three months eviction order given to Igbos living in the northern part of the country to vacate or face dare consequences by Arewa youths, northerners living in Enugu State have tactically started relocating to their home states, Nigerian Pilot reports.
Before the last Ramadan, it was also gathered that the northern men sent many of their wives and children home while they stayed behind to buy time and watch how events unfold. Nigerian Pilot also reports that the commercial tricycle riders of northern origin, who used to ply the New Gariki route where cows are being sold, had drastically reduced in number while some of them that owned the tricycles they ride had put them up for sale in readiness to move any moment they smell something fishy.
The source, who is an Igbo trader at the New Gariki Market, also said that as a result of the exodus, they were now having low patronage since most of their northern customers were nowhere to be found


“Since the notice to vacate the north was issued, some northerners have started moving out. They started moving before the Ramadan by sending their wives and children home in the guise of celebrating the Eid el Fitri. Even after the Ramadan, the movement has continued. We are not selling anything again,” he lamented.
In the same vein, the northerners doing business at Gariki Market are also reducing in number. A trader in the market said that the northern youths that used to push wheelbarrows were equally disappearing. She said that the park where the northern youths used to play football in the evening was now practically deserted.


She also noted that the number of shoe menders and nail cutters of northern origin at Garriki Market was depleting by the day. However, efforts to speak with the northern leaders in Enugu State could not yield dividend at the time of filing this report. Secretary of the Enugu Goat Market, Hamsa Buba, could not respond to calls to his phone.

Posted by mediacop
Labels: news
Email ThisBlogThis!Share to TwitterShare to Facebook
at 09:38