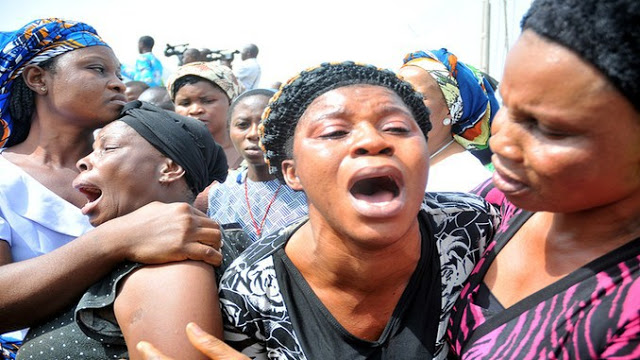 A member of President Muhamamdu Buhari’s Presidential Probe Committee, and Fleet Commander of the Western Naval Command, Rear Admiral Daniel Ikoli, was found dead, at his Apapa, Lagos residence, on Wednesday.
It was believed that Admiral Ikoli shot himself dead, and was found in the pool of his own blood.
It was gathered, that the Naval Officer left the office on Tuesday afternoon, after complaining of not feeling too well.


It was further gathered, that the deceased was suffering from depression, caused by the high dollar rate and unavailability of Foreign Exchange for his children’s tuition abroad.
According to a close Aide to the deceased, a boy who lives at his home, claimed he heard gunshot from Ikoli’s room and took cover.

Posted by mediacop
Labels: news
Email ThisBlogThis!Share to TwitterShare to Facebook
at 09:42