Menu
Home » news » BIAFRA: Fresh tension as AREWA takes on Ekweremadu, wants to know if he is on the side of BIAFRA or NIGERIA

BIAFRA: Fresh tension as AREWA takes on Ekweremadu, wants to know if he is on the side of BIAFRA or NIGERIA 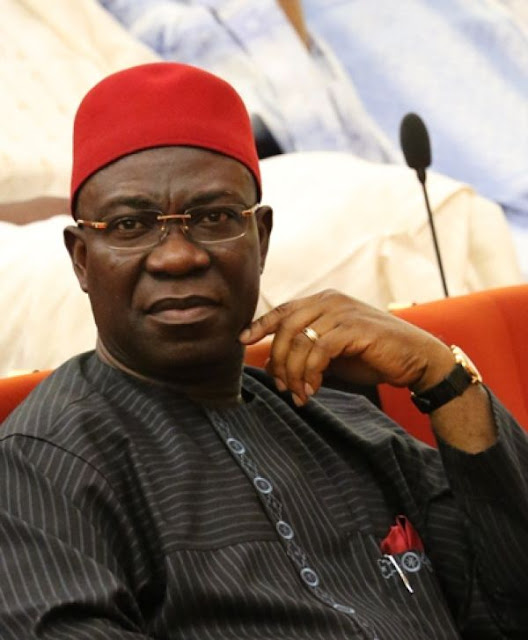 The President of Arewa Youth Forum has raised a fresh question concerning what he described as dual loyalty of Nigeria's number two man in the hallowed Red Chamber, Dr Ike Ekweremadu.
Ekweremadu, he said, played a major role in the release of the leader of the Indigenous People of Biafra, Nnamdi Kanu.
While clearing the air on what his group told the Igbos he said since the Igbos want to leave they had no option but to grant their wish by helping them to leave Nigeria.
He said, '' What we told the Igbo was that, you said you wanted to leave, come and go. If the truth must be told, let us know that you are part of us and not when you are divided.''
On the role played by eminent and other well-meaning Nigerians to secure Nnamdi Kanu's released, the Arewa Youth Leader minced no words by attacking the Deputy Senate President, Dr Ike Ekweremadu.
He chided him for being two-faced while challenging him in q query to say where he actually belong.


His words:
''I give you an example, Senator Ike Ekweremadu, being the number two person in the Senate played a major role in the release of Nnamdi Kanu. Is he supposed to show his loyalty to Biafra or Nigeria completely?
Those are the issues that gave us a lot of headache. What we said was in good faith, we didn’t mean to unleash any terror or violence. We believe strongly in Nigeria, but we cannot encourage people who say, they want to go and they continue to threaten us, and making inciting statements that are capable of breaking up the country.
This is what we acted upon and said, please come and go. Since you want to go, we will draw the attention of the international community to conduct a referendum that you are looking for because you cannot go without a referendum.


You cannot rule out the fact that we are aware that some Igbo don’t believe in IPOB. So, definitely, we want to make it very clear that if there is a referendum, those who want to go should go, and those who want to stay, there is no problem. There was no time that we said we were going to forcefully move anybody away from the North. No, we are learned, we are intelligent and mature.''

Posted by mediacop
Labels: news
Email ThisBlogThis!Share to TwitterShare to Facebook
at 09:30