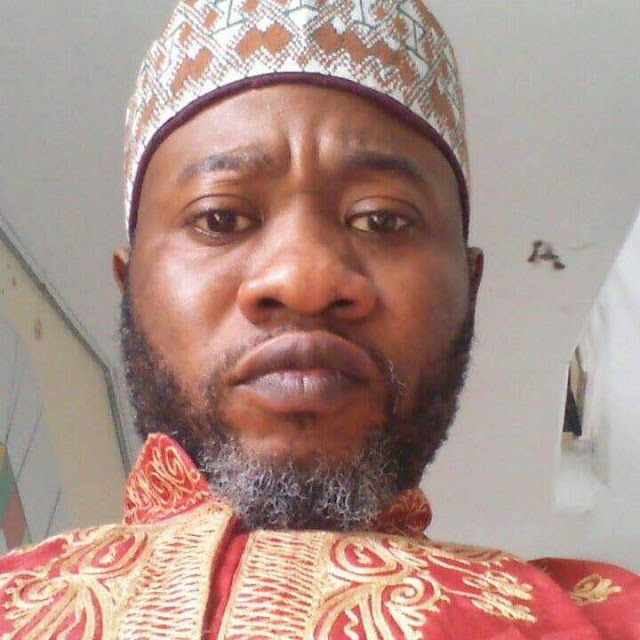 Alhaji Ahmed Gusau has said the subversive activities of the Indigenous People of Biafra, Nnamdi Kanu, will be met with an appropriate response soon.
He stated this in his article to our newsroom titled 'Kanu & co-travelers to meet their Waterloo soon'
He metaphorically compared Kanu and his co-travelers as drowning men who are only clutching the reed on the river bank to save their lives which he said will no longer work having exceeded all known tolerant limits.
Further in the article, he 'advised' Kanu to quickly declare the Republic of Biafra since he has so many supporters in the five Igbo-speaking states of the south-east.
This, he said, will facilitate the Republic of Biafra.
He said: 'I wonder what has been holding him back to declare his Biafra Republic since he enjoys and have the backing of the Igbos in the region he comes from. If Ojukwu did who was then not his age, what is restraining him to openly declare the secession he has been agitating for. Soon we will answer him, whether he renounces now or not, it does not make any difference because he must pay for his subversive activities no matter whose ox is gored.'', he threatened.
Read the full article below:
''We here in the far north love peace and peaceful co-existence with other ethnic nationalities in Nigeria. It was only recently that a few misguided and socially undesirable elements amongst us hiding under Islam which preaches peace to unleash terror on Muslims and non-Muslims alike calling attention to Boko Haram's activities to actualize a sovereign Islamic State within Nigeria. So far this has been met with a violent response from the Nigerian military.
The war has been difficult to fight because it is an insurgency. The Boko Haram insurgents are not a regular army. They infiltrate the civil populace and the Nigerian military can not be killing its own people while prosecuting the ongoing war with the insurgents. Be that as it may, we used to sleep not only with one eye open but with two eyes open which is now a thing of the past since the Boko Haram has been effectively degraded by the superior firepower of the Nigerian military. This is what the US which is reckoned to be the most powerful country in the world is finding difficult to do in countries like Afghanistan and Somalia. The Nigerian military has been able to effectively combat the insurgency in the northeast.


I had to digress in this piece because I often read on the pages of Facebook what Kanu's Facebook soldiers always say that the Nigerian military does not have the capability to confront Nnamdi Kanu's soldiers in the event of a full-blown war with Nigeria.
Since they are of that view, that is the surest way to quickly realise Biafra. I will advise Nnamdi Kanu to capitalise on the purported weakness of the Nigerian military and declare the Republic of Biafra and use the soldiers he is training in the 'USA and Israel' to overrun Nigeria.
I wonder what has been holding him back to declare his Biafra Republic since he enjoys and have the backing of the Igbos in the region he comes from. If Ojukwu did who was then not his age, what is restraining him from openly declaring the secession he has been agitating for. Soon we will answer him, whether he renounces now or not, it does not make any difference because he must pay for his subversive activities no matter whose ox is gored.
Kanu should as a matter of urgency declare the Republic of Biafra in any of the Igbo-speaking enclaves of his choice to speedily actualize his Biafra to allow peace reign in Nigeria when he succeeds.
Of course, he says, he is a demigod and the Supreme Lord of the Igbos for he has been so variously addressed by his followers so much so that he now runs a parallel government in Nigeria.
Kanu for sure is doomed and can never extricate himself from his culpable acts whether he renounces Biafra now or not. We will continue to keep a track record of his activities, his backers, his sponsors in this perilous journey together with his provocative statements until the Rubicon is crossed.
There is no one single Nigerian leader he has not insulted and under normal condition, can he insult any of his mates or even a child and expect the child to swallow the insult? Certainly not. We want to hear more from him before he is finally crushed once and for all. It is better for him to remain in the south-east where he is presently an overlord because leaving that region for any other part of Nigeria will be too risky for him because of the insults he has heaped on every region. I wonder where his strength lies. We shall soon see when it comes to the crunch. We will act soon, we will respond soon violently and overwhelmingly for the freedom he seemingly enjoys now is nothing but a bait and Greek gift.
We will do this when all is set for the final battle to destroy all forces of evil which he and co-travelers represent. Our radar is on his sponsors who we know one by one and we want to identify more of them.
The night of wonder to free Nigeria from the deadly grip of these demons has set sail and it will be executed soon when it berths like a ship. Certainly, Kanu cannot escape the devouring wrath and division which his hate speech has caused Nigeria. Soon it will be met with a violent and overwhelming response.

Posted by mediacop
Labels: news
Email ThisBlogThis!Share to TwitterShare to Facebook
at 09:49