I Don't Give A Damn!! Igbos Are Fools, If They Dare Refuse To Vote For Buhari In 2019. A Word Is Enough For The Wise - Ngige 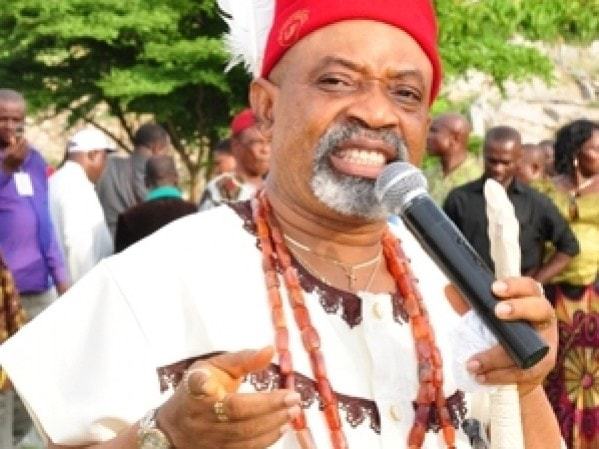 The Minister of Labour and Employment, Senator Chris Ngige, has asked the Igbos to begin to join the ruling All Progressives Congress, APC, now, and stop wallowing in self-pity.
Ngige warned that it is only fools that would repeat the mistakes of 2015, when they “put their eggs in one basket”.
In a statement released by his Special Assistant, Media, Nwachukwu Obidiwe, he said: “We put all our eggs in one basket, despite clear signs we shouldn’t. We should therefore, not allow such ill-advised investment to repeat in subsequent elections.
“My position which I passed as a caution in that interview, is that Ndigbo should start to strategically position themselves for 2019 and avoid a repeat of what happened in 2015. Other zones are already strategizing and we must not be caught napping.
“Just as all reasonable politicians in the South east accept that we played bad politics in 2015, we should effectively put it behind us. The resilient nature of the Igbo allows no room for self-pity. We have met greater challenges and surmounted them.
“It is for this reason that I and the APC in the South East have been welcoming our leaders like Chief Jim Nwobodo, Sen. Ken Nnamani, Sen. Emma Agboti, Sen. Nkechi Nwogu, Sen. Andy Uba, Chief Chukwuemeka Nwogu- my predecessor in the Ministry of Labour, Prof. Onyebuchi Chukwu, former Minister of Health, former Enugu State Governor, Sullivan Chime and host of others people who have seen the need for this.


“However, as I said in the interview, the bad investment of the 2105 is not enough to marginalize anybody. The present administration of President Muhammadu Buhari does not look in that direction.
“I and other APC leaders in the South East shall continue to make sure that the Igbo is fairly treated. Every piece of information is not for the pages of newspapers but I wish to re-assure that we are doing much more than eyes can see to ensure that the South East is not left behind in the distribution of infrastructures.
“For example, work is going on simultaneously on all the major federal roads in the South East; Enugu- Onitsha, Enugu- Umuahia-Abia-Port Harcourt, Port Harcourt -Owerri, Oba-Nnewi– Arondizuogu- Okigwe, to mention a few while Julius Berger has been mobilized for the 2nd River Niger Bridge.
“When last did that happen in the South East? There is also the Benin-Onitsha rail line which was not originally in the Jonathan-PDP rail masterplan. We have included that.


“By my pedigree, as the former President General of Aka-Ikenga for eight years, member of Ohaneze Strategic Committee and member, Imezi Ohaneze, I will advise that our people should cry no more over spilt milk as there is room enough to feed the cow well and get milk in better quantity and quality. That is politics for you. A word is enough for the wise.”

Posted by mediacop
Labels: news
Email ThisBlogThis!Share to TwitterShare to Facebook
at 08:50