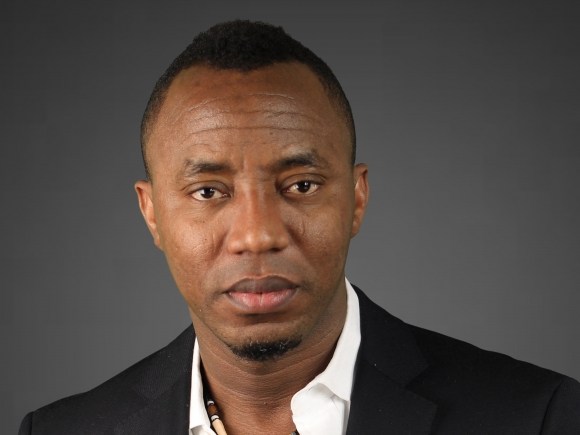 It was shocking as the Publisher of Sahara Reporters, Omoyele Sowore, on Sunday, passed a death sentence on himself.
Sowore who stated on his Facebook, stated that he is ready to die to ensure those he described as “drug dealers, certificate forgers, money launderers, political manipulators, and assassins”, are named and shamed.
This is coming barely 24-hours after Senator Dino Melaye, released a statement threatening to ensure that Sowore rots in jail for alleged libel.
Sowore wrote: “Folks: It was brought to my attention earlier that Nigerian Senator Dino Melaye promised to ‘send me to jail’ over the recent unraveling of his questionable educational background. While some are worried, appalled, alarmed and concerned and even scared about this declaration, it had me thinking differently.
“I am a Nigerian citizen who had been through torture, humiliations, and incarceration by dictators in uniform between 1992-1999 before I, eventually, left Nigeria. I have never doubted the power of justice over legalities.
“That a Nigerian Senator in a democratic era could make this proclamation is indeed a sign that our democratic transition was a farce, particular when you’ve now noticed that Mr. Melaye was sitting at the feet of one of Nigeria’s worst military dictators, Ibrahim Babangida just a week ago.


“One of Babangida’s worst crimes against humanity was the assassination of notable investigative journalists of our time, Dele Giwa, by way of a parcel bomb. Another thing Melaye shares in common with Babangida and his killer squad was using libel lawsuits to silence inquisitions. In the 80’s Gani Fawehimi was found liable of libeling the killers of Dele Giwa and asked to pay damages to Halilu Akilu.
“Here is how I am different and also not different, I am not going to run away from criminals running the Nigerian political space until they are defeated, and their ideologies of greed, bloodiness, and avarice are entirely abandoned and discredited forever (Apology to Bob Marley).
“If it takes my life, so be it; if it means another unjust ruling asking for damages for thieves. So be it. We must take our space back from the 10 percenters, drug dealers, certificate forgers, money launderers, political manipulators, and assassins.

Posted by mediacop
Labels: news
Email ThisBlogThis!Share to TwitterShare to Facebook
at 07:29