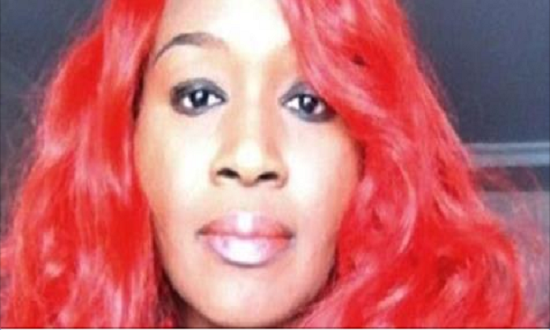 Operatives of the Nigeria Police Force Tuesday morning stormed the home of controversial Journalist, Kemi Omololu-Olunloyo, in Ibadan, the Oyo state capital.
She was taken to the Criminal Investigation Department (CID) for questioning.
The social commentator and critic confirmed the development via her Instagram page.“
BREAKING 7.56am #Ibadan. The NPF just stormed my house arresting me, taking me to CID for questioning. They say its NOT a criminal matter. Pls share!! KOOFREE SPEECH RULES!”

It is not known why she was arrested, but Kemi has been outspoken in the last one year.

DAILY POST, however, gathered that she would be grilled on a controversial statement she made recently.
Last week, she alleged that her father, former Governor of Oyo State, Victor Omololu Olunloyo, and ex-President, Olusegun Obasanjo, used her younger brother, Oyeleke for rituals in 1999.
Kemi Olunloyo also vowed to upload the the ritual video on YouTube soon for all to see.


In a message she shared on Instagram on Obasanjo’s birthday, she claimed that her father, Pa Olunloyo first told her that the former President killed her brother.

Posted by mediacop
Labels: news
Email ThisBlogThis!Share to TwitterShare to Facebook
at 06:39