BREAKING NEWS: Naira appreciates on Monday against the US dollar (See exchange rate) 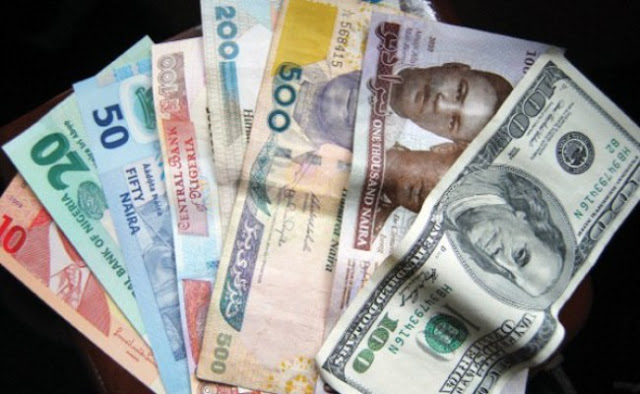 THE  Nigerian  naira on Monday  appreciated on  in the parallel market following indication that the CBN will sell $20,000 to each BDCs this week, up from the $10,000 usually sold to each BDC.
Though the naira closed N403 per dollar on Monday and N397 on Friday previous week in the parallel market, it however depreciated to N405 per dollar on Saturday.

Gwadabe blamed the depreciation on inflow of illicit money which he said is driving up demand for dollars.
He warned BDC operators to avoid being used in the laundering such illicit money, saying that ABCON will impose heavy sanction on any operator involves in such illegality.


Commenting on the N450 million cash discovered in an abandoned BDC premises in Lagos  shop on April 7 Gwadabe said that   ABCON has commenced  investigation into the matter    was ongoing and still under the security purview.
He assured that as soon as investigation was concluded, the press would be briefed accordingly. “We have identified the characters involved and we are going to write them to invite them.
“The reason we call this meeting is to say that we condemn it in entirety. He urged members to desist from such act since it was an abuse of Know-Your -Customer (KYC).

Posted by mediacop
Labels: news
Email ThisBlogThis!Share to TwitterShare to Facebook
at 06:49