Menu
Home » »Unlabelled » See What Police Found in Jonathan’s House after the Raid; “It Does Not Belong to Me”, Says ex-First Lady

See What Police Found in Jonathan’s House after the Raid; “It Does Not Belong to Me”, Says ex-First Lady 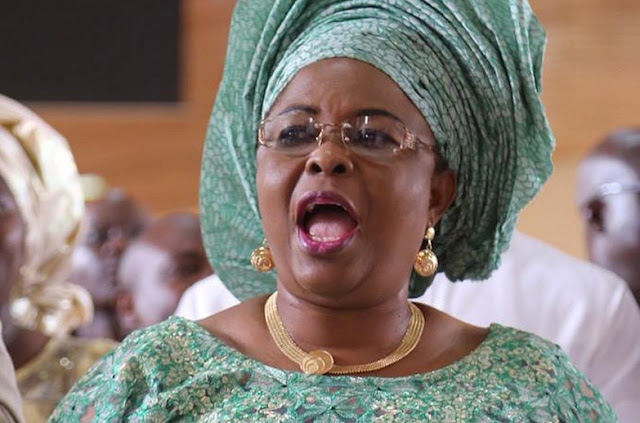 Patience Jonathan, wife of the former president Goodluck Jonathan, has said members of Nigeria police force searched her family house but found nothing incriminating.
The former first lady who spoke through her lawyer Charles Ogboli claimed that only cheque books, including one from Diamond Bank were found in the premises.
According to The Punch, she explained that contrary to widespread reports that it was an EFCC raid; it was actually the police that conducted the search.
She further stated that the police said that they were forced to search her premises as a result of the security man’s attitude.
Mrs Jonathan however decried the embarrassing situation where a building will be searched in the absence of the occupant.
She said: “EFCC came last year and conducted a search in the absence of the occupant of the house. The NDLEA also searched the same building. This also happened last year between November or thereabouts. It is an embarrassment.
“I don’t know what they are actually looking for. Why are they searching a premises in the absence of the occupant? It appears there is something they want to do there.”
Going further, she added: “Today, it is not EFCC, but in the past, from November 2016, EFCC raided the place. It is a family house meant for the brothers and sisters; the siblings. It is a family house of the former First Lady in Maitama, Abuja.


EFCC raided the place last year. Thereafter, NDLEA raided the place and throughout their raid, they found nothing incriminating. Today, I got information that there were several policemen numbering about 20 to 28 of them.
“So, when I got there, I demanded to see the leader of the team and I was directed to an Assistant Commissioner of Police, who was in mufti and known as Williams. I asked him which of the command are you from and he said they were from IG’s Special Unit. Somebody also in mufti intervened and said they are from the AGF, Attorney General’s office
“He told me that they came to search the house of a judge, but because of the attitude of the security man, they decided to now move into the house (Patience Jonathan’s family building) and search the house.
“They forced the door open and searched everything. At the end, they asked the security man to sign that nothing incriminating was found. They took away three cheque books and a company iron seal. The company seal does not belong to the former first lady because she is not staying there. The company is not known to the first lady.”


Meanwhile, the speculations that the EFCC had raided the home of former President Goodluck Jonathan and whisked him away has now been proved to be completely false.

Posted by mediacop
Email ThisBlogThis!Share to TwitterShare to Facebook
at 02:41