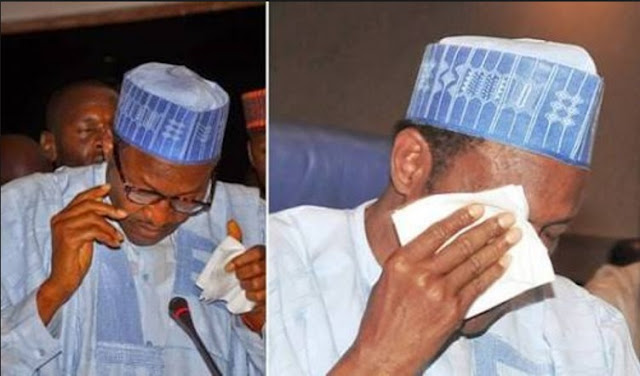 The Indigenous People of Biafra, IPOB, has revealed what its leader, Nnamdi Kanu, has against Nigeria; that he recently said will sink the country, if he speaks.
The revelation, endorsed by the IPOB Media and Publicity Secretary, Comrade Emma Powerful, on Tuesday evening, was made available to Post-Nigeria, on Wednesday, January 4.
Recall, that Kanu had recently flared up in court, when government’s Counsel, pleaded that some witnesses be allowed to testify in secret.
He had threatened that the country would burn, if he opens his mouth to say certain things about Nigeria.
The threat, continued as the IPOB warned that the continued detention of Kanu, may end up destroying Nigeria; and that the President, Muhammadu Buhari, and those advising him on the issue, must realise that.
The group said it has in its possession, “hidden secrets of the atrocities and crimes against humanity, committed against the people of Biafra, during the war of genocide, from 1967 to 1970.”
IPOB, vowed to ensure that the secret gets circulated to World Leaders, every leading Human Rights Organisation, and the United Nations, adding that, by the time it was done with the exposition of the crimes committed against the people of Biafra, the likes of Gowon, Buhari, and others, would be carted off to the Hague, to face trial for crimes they committed against humanity.
The Spokesman, noted that the group has already begun the revelation of the atrocities, with “the latest video showing the grand conspiracy on the part of Yakubu Gowon, and the British Government, to commit premeditated genocide during his time in office.


Part of the statement read, “The exposè will continue unabated, with more compelling revelations in the coming weeks. All the hidden secrets of the atrocities and crimes against humanity committed against the people of Biafra during the war of genocide from 1967 to 1970, will become the most talked about topic within diplomatic circles around the world….
“These revelations will not stop until the likes of Gowon, Buhari, and others, are carted off to The Hague, to face trial for crimes they committed against humanity.
“Nnamdi Kanu, is prepared to sink Nigeria with the truth hidden from public, that people around the world have never heard before about Nigeria, and the amalgamation in 1914, by British merchants.
“This was what he meant when he said that he had evidence to sink Nigeria, if allowed to give testimony in court. Many more evidences are presently being compiled by his team of researchers in Europe, that is about to explode in a very short period.
“Buhari and co must therefore, come to the realisation that he is wasting his time and destroying Nigeria along with the likes of Gowon and himself, if he continues to hold our leader, Mazi Kanu.
“Those advising Buhari on the continued detention of Mazi Nnamdi Kanu, will be consumed by the fire they are now stoking. These cabals should remember the aftermath of the assassination of Archduke Ferdinand, and how many millions died as a result of the First World War that followed.


“Plans are now underway to circulate this latest damaging evidence to World Leaders, every leading Human Rights Organisation, and the United Nations. All will be sent a copy of this evidence of premeditated genocide, carried out against the Biafran people, by the likes of Olusegun Obasanjo, T. Y. Danjuma, and Muhammadu Buhari,” the group said.

Posted by mediacop
Labels: news
Email ThisBlogThis!Share to TwitterShare to Facebook
at 09:09