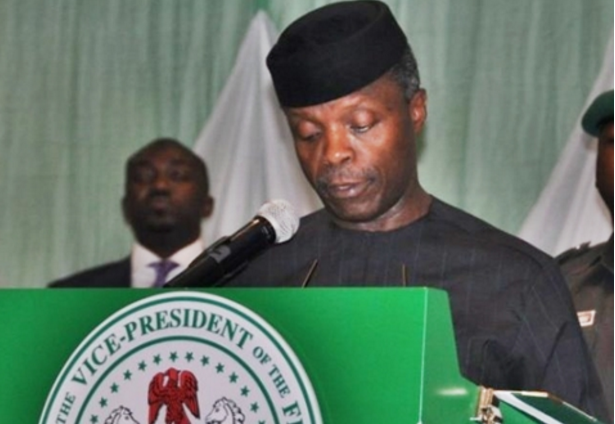 Naira is Trading this afternoon at N440 Against N525 Earlier in the week (See Screenshot below)
Naira has continued on its four-day winning streak against the U.S. dollar on the parallel market yesterday to close at N480/$, stronger than the N501 to the dollar from the previous day, as the new foreign exchange policy actions introduced by the Central Bank of Nigeria (CBN) forced more currency speculators to sell off the greenback as sell rates fell as low as N460/$.
Also, The buy rate of the dollar also increased yesterday to close N470/$, as against the N490/$1 at which it closed on Wednesday.In all, the naira has appreciated by N39 since Monday when the new FX actions were announced by the regulator.Information gathered has it that, as part of efforts made to sustain dollar liquidity in the market and bridge the gap between the interbank FX and parallel markets, and that Central bank auctioned another $230 million through forward contracts on the interbank FX market yesterday.
It auctioned $370 million on Tuesday and sold $1.5 million on the spot market.
Comments on the new FX measures, analysts at Cowry Assets Management Limited said the move by the CBN to increase FX availability to end users has been helped by the recent buildup of Nigeria’s foreign exchange reserves amid increased crude oil revenues.“Given the improvement in the external sector, we anticipate that the new measures could pave the way for a gradual return of confidence in the foreign exchange market.
“We also expect the monetary authority to do more to harmonize the exchange rates and thereby discourage arbitraging,” they added.In the same vein, Ecobank Nigeria noted that the new policy actions would also help to reinvigorate the hitherto illiquid interbank FX market.According to Ecobank, the decision to cap the settled rate for the retail transactions at 20 per cent above the interbank market rate and the restriction of school fees to university education only was a subtle way of partly controlling bank charges and manage likely FX demand pressure in the market.The bank added: “Over all, the impact of the circular could be short-lived, if the CBN does not show strong capacity to support the FX market with liquidity.”
Also, Cyprus-based FXTM Research Analyst, Lukman Otunuga noted that with dollar demand for school fees payments overseas and personal travel allowance enforcing downside pressures on the parallel market, the move by the CBN to sell dollars to retail users via commercial lenders was logical.
“While the policy may create some transparency, liquidity and efficiency in the Nigerian FX markets, this does not solve the overriding problem of multiple exchanges. “Eventually, the CBN may be forced to bridge the disparity between the official and parallel markets which have added to Nigeria’s woes.“With expectations heightened over the central bank devaluing the local currency in an effort to create liquidity and stability, this new policy could be viewed as the first course.“It must also be kept in mind that the inexhaustible demand for the dollar, that is not the legal tender in Nigeria, continues to leave the naira vulnerable to heavy losses,” he added.
Financial Derivatives Company (FDC) Limited also warned in a note that “Nigerians must remember that this recovery is only as good as the supply remaining consistent”.
“The good news is that oil is currently trading at $57pb. If sustained, this will provide the buffer needed to support the CBN’s policy directive of substantial weekly dollar injections into the market,” FDC said.Meanwhile, the Special Adviser to the CBN governor, Financial Markets, Mr. Emmanuel Ukeje has said manufacturers could end up benefiting from other funding sources provided by the central bank that may exceed the 60 per cent preferential FX allocation to them, which was stopped last Monday when the new FX policy actions were announced.
Ukeje’s assurance to the manufacturing sector came against the backdrop of complaints by industries.He said contrary to speculations that the CBN may have relegated the manufacturing sector, the central bank still holds the sector in high esteem.Speaking on Arise News Network, the broadcast arm of THISDAY Newspapers, he said the CBN has developed a strategy of ensuring that funding gets to the manufacturing sector.“There are other avenues that they will end up benefiting more than the 60 per cent they were getting from those allocations,” he said.According to him, “Even though manufacturers were given that preference in the past, manufacturers under any condition are still part and parcel of bank customers.
“And that’s what the CBN is going to fall back on, as we feed other sectors for other people to access the funds. The manufacturing sector actually will benefit from other interventions by the CBN because we also hold this particular sector in very high esteem.“We know the role they are supposed to play in terms of contributing to the economic development of the country.”
Despite its decision to stop the preferential treatment, which required banks to allocate 60 per cent of FX purchases from all sources to specific sectors of the economy, the central bank had maintained that the provision of FX to the manufacturing sector would remain its strong priority.But since the announcement, there have been diverse interpretations of the central bank’s pronouncement, with some manufacturers raising concern.

Posted by mediacop
Email ThisBlogThis!Share to TwitterShare to Facebook
at 08:56