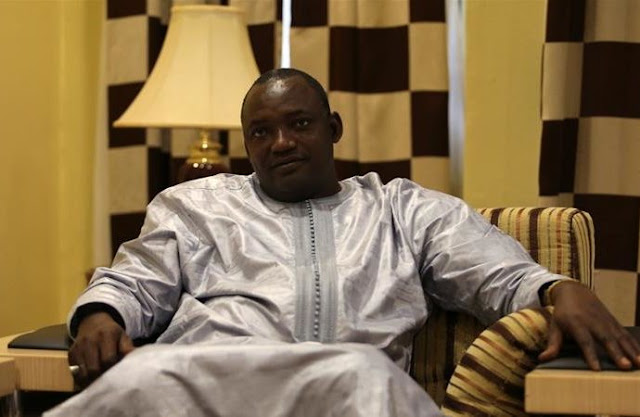 The newly appointment of Fatoumata Jallow-Tambang is over age and in breach of the 1997 constitution of the Gambia.
Ms Tambajang, 67, who played an important role in the formation of the opposition coalition that defeated former President Yahya Jammeh in last month’s election, was rewarded with the top job on Monday by the country’s new president, Adama Barrow.

functions assigned to her.

But her appointment is in breach of section 62 (b), which bars anyone older than 65 from becoming president or vice president of the Gambia.
According to the above provision, a person can contest for the presidency or appointed vice president if they are – (a) he or she is a citizen of the Gambia by birth or descent, (b) he or she attained the minimum age of thirty years but not more than sixty-five years; (c) he or she has been ordinarily resident in the Gambia for the five years immediately preceding the election.
See snapshot below:

Posted by mediacop
Email ThisBlogThis!Share to TwitterShare to Facebook
at 04:34