BREAKING!!! Buhari Orders For The Release Of Terrorist Kabiru Sokoto as Sallah Gift to B/Haram – AITNews 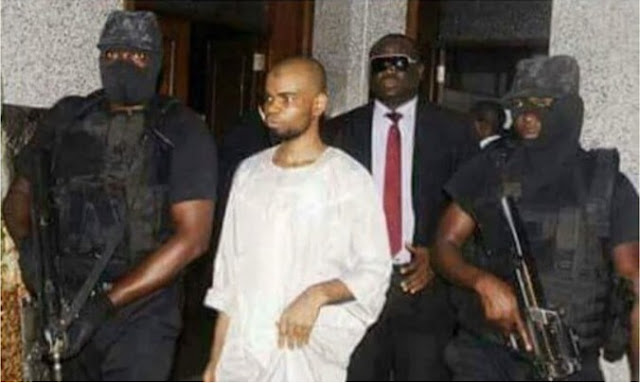 By: Promise C. O.
Many intelligent Nigerians made a huge mistake when they supported a man without grey matter to lead a nation of over 180 million people.A country with the fastest economy on the continent should never have being committed into the hands of a failure who seems not to know his left from his right, it is human to err but to support tyranny ,
nepotism incompetence and extremism in the name of religion is the height of madness.

During the 2015 general elections Buhari promised to lead the fight against Boko Haram from the front unfortunately even the few of these blood sucking demons who were captured, tried and sentenced are now been released by a man who Promised to annihilate them.
Fellow Nigerians, Under Buhari Nothing has worked , from the economy to security , from Education to agriculture the man is doing his best to destroy everything that ever worked in this country, today Fulani men are licensed to invade your farm to level your crops with their cows and if you complain they are empowered to slaughter you and mark my words NOTHING WILL HAPPEN , ask the agatu & Enugu people !
The Release of Kabiru Sokoto a man who carried out numerous attacks on Nigerian churches including the Christmas day Bombing that sent a huge Number of Christians to their early grave has clearly shown that Buhari supports the slaughter of Christians.Now members of the Redeemed Christian Church of God ( RCCG) Who were celebrating APC GREEK VP slot can now see the effects of their fooly, Pastor Bosun was right all these while but Unfortunately Its too late now.
This release on Sallah Day is a gift to the terrorists and an insult to all the families whose bread winners and family members were killed by Kabiru and his APC gang in the various places of Worship they attacked.
Today is a sad day!


I weep for Nigeria!
Promise writes from Abuja 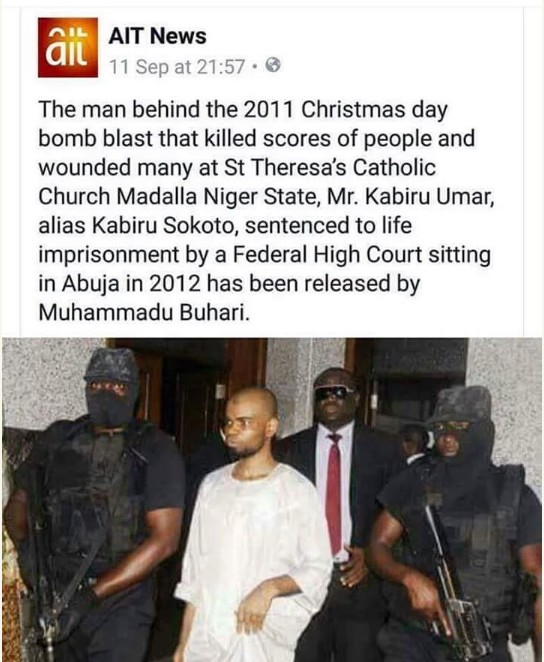 Posted by mediacop
Labels: news
Email ThisBlogThis!Share to TwitterShare to Facebook
at 09:21