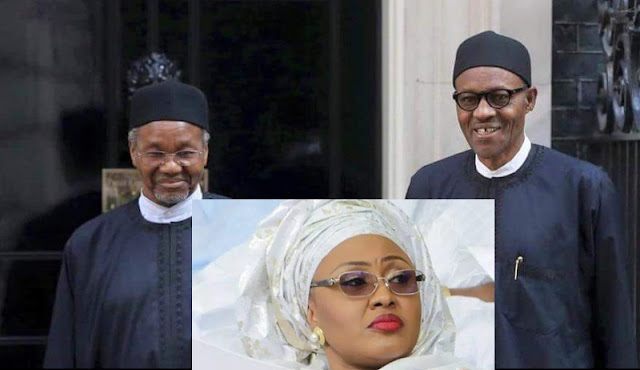 In the midst of growing concerns over President Buhari’s health, his inability to function effectively has paved way for the emergence of a new power bloc within the Villa. The cabal headed by Mamman Daura, a close relative and confidant of the President has maintained firm grip over the inner workings of the Buhari administration.
Mamman Daura is said to have usurped more powers than he should be wielding over the President, forcing the wife of the President Aisha Buhari to raise her voice in dissent


In June 2016, SIGNAL first broke the story of Aisha Buhari’s fears over how her husband the President was losing his hold on power due to his poor health condition and the rise of the Daura cabal within in the corridors of power at the Aso Rock Villa.
In what appears to be her first courageous attempt to draw public attention to what is happening in the Villa, Mrs. Buhari told the Hausa Service of the BBC that people who did nothing to secure the election of her husband, the President have taken over the government.
Although Mrs. Buhari hid under the cover of the ongoing crisis in the ruling APC to air her grievances known, inside sources informed about the real power crisis at the Villa told Signal Mrs. Buhari may have just taken the first step towards sending a message across to the Daura cabal in Aso Rock.

Posted by mediacop
Labels: news
Email ThisBlogThis!Share to TwitterShare to Facebook
at 08:26