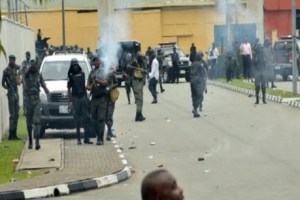 HAPPENING NOW! Court sentenced Amaechi, Chukwuedo to 30 yrs in prison & this happened (SEE FULL DETAILS)
A Delta High Court sitting in Akwukwu-Igbo, Oshimili North council area of the state has sentenced two brothers, 30 years old Chukwuedo Mogaha and 33 years old Amaechi Mogaha to 30 years in jail for gang raping a 12 year old girl. The court, presided over by Justice Marcel Okoh while delivering its verdict, held that prosecution from the Delta State Ministry of Justice was able to prove the essential ingredients of conspiracy and rape against the first accused person, Chukwuedo Mogaha and was sentenced to 7 years in jail for the offence of conspiracy to commit rape and 14 years with hard labour for the substantive offence of rape. For the second accused person, Amaechi Mogaha, Justice Marcel Okoh held that prosecution was only able to prove the count of conspiracy and failed in the count of rape against the accused. 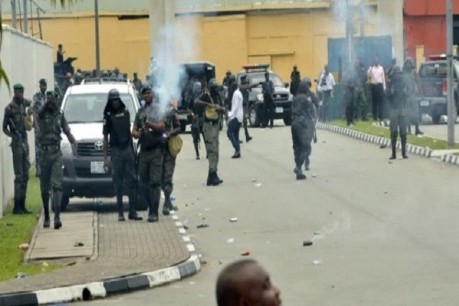 He was, however, sentenced by the court to 7 years in jail for count one while he was sentenced 2 years imprisonment with hard labour for indecent assault of girl under 13 years old. The court held that the sentences are to be served concurrently


An Assistant Chief State Counsel from the Delta State Ministry of Justice, A. P. Popo (Miss) had told the court that the two brothers, Chukwuedo Mogaha and Amaechi Mogaha on or about the 6th day of June, 2015 at Ibusa, did conspire and executed their act of conspiracy by raping the 12 years old girl (name withheld) thereby, committed an offence punishable under sections 516 and 358 of the Criminal Code Laws of Delta State of Nigeria, 2006. The court was further told that the two randy brothers committed the offence inside a classroom of a primary school where the innocent girl was overpowered and dragged to when the she was sent on an errand by the mother to buy okro. “My mother sent me to buy okro and I went to a small market but I did not see okro to buy, but somebody directed me to one Aunty Nkem’s house but I could not locate the house.
“It was at that point I saw the two men in a compound eating and I asked them if they knew Aunty Nkem’s house and they offered to lead me there. But on our way, one of them brought out a knife and dragged me inside the primary school and raped me in turns,”  the victim recounted her ordeal in her proof of evidence which was admitted as exhibit in court. The girl’s parent reported the incidence to the police and was later taken to the Ibusa General Hospital in company of the IPO where a medical examination was carried out on her and a medical report was issued confirming that she was raped as her hymen was broken while she sustained bruises in her vaginal and upper thigh suggesting a forceful penetration.