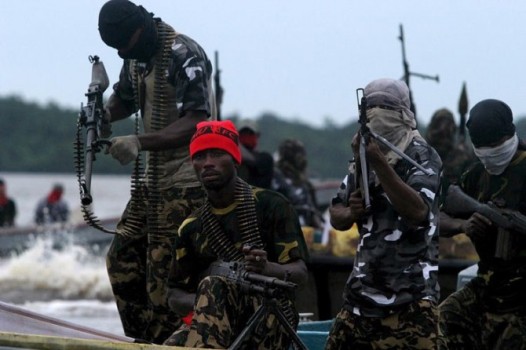 Militant group, Niger Delta Avengers, has called for the fragmentation of Nigeria into separate republics.
The group has in the past expressed its support for the agitation for a Sovereign Republic of Biafra, while championing the separation of the Niger Delta from the rest of Nigeria

Posted by mediacop
Labels: news
Email ThisBlogThis!Share to TwitterShare to Facebook
at 06:06